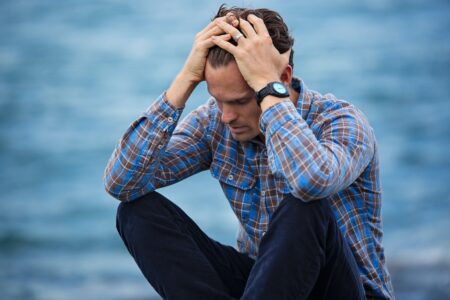 The full impact of the Coronavirus pandemic on mental health is yet to be seen, but if you’re a betting person, you would probably put money on the fact that the statistics are going to make grim reading. The pandemic caused a ‘perfect storm’ of things that are well-known to contribute to poor mental health; namely stress, anxiety, fear, isolation, grief, financial worries, and increased alcohol intake. This all occurred against a backdrop of people being unable to access the services they’d usually turn to for help.

Vulnerable groups and the risk of suicide

Some people will have felt suicidal during this time, and while it’s not inevitable that the suicide rate will increase because of the pandemic, we’ve already seen what a negative impact it’s been having on people’s lives, especially some vulnerable groups.

The Samaritans said it is worried about three groups of people in particular:

The worrying increase in the suicide rate in the UK

The figures support this. The suicide rate for men in England and Wales is at its highest rate for two decades according to figures from the ONS. In 2019, 5,691 suicides were registered and three quarters of these were men.

Statisticians suggest that the higher rates of suicide among middle-aged men might be because of economic hardship, isolation, and alcoholism. These men might also be less likely to seek help when they are struggling. Suicide rates for women are also at their highest since 2004, particularly in younger women under 25.

The announcement of these grim figures has led to mental health charities calling on the government to put extra support in place, amid fears that the coronavirus pandemic will worsen the UK’s mental health crisis.

Every year on the 10th September organisations and communities come together all around the globe to raise awareness of suicide and how it can be prevented. This year’s theme is ‘connection’ and what better year than this one to think about the importance of connecting with each other?

The pandemic showed us how important it is to pull together and help each other in times of crisis, and supporting our family, friends, and colleagues if they are suffering from poor mental health should be no different. We need to talk to people, ask how they are, and be kind.

Connection brings people the hope of a brighter tomorrow where people can get the help they need to not just recover but be well and thrive.

Would you know how to spot the signs that someone was struggling?

Would you know if a friend, family member, or colleague was struggling with their mental health?

Would you know how to start the conversation and support them to get the help they need?

What would you do if you were struggling with your own mental health?

Click here to find out more about our available courses and to book a place.

RT @MHFAEngland: “I often wonder with immense sadness, regret and guilt if he would still be alive if instead of asking what I could do to…
136 days ago
Hope is something that seems out of reach for people who are suicidal. The message of this year’s World Suicide Pre… https://t.co/bsKhgQ9wkT
136 days ago